Regular Exercise Increases Your Lifespan No Matter What Age You Start 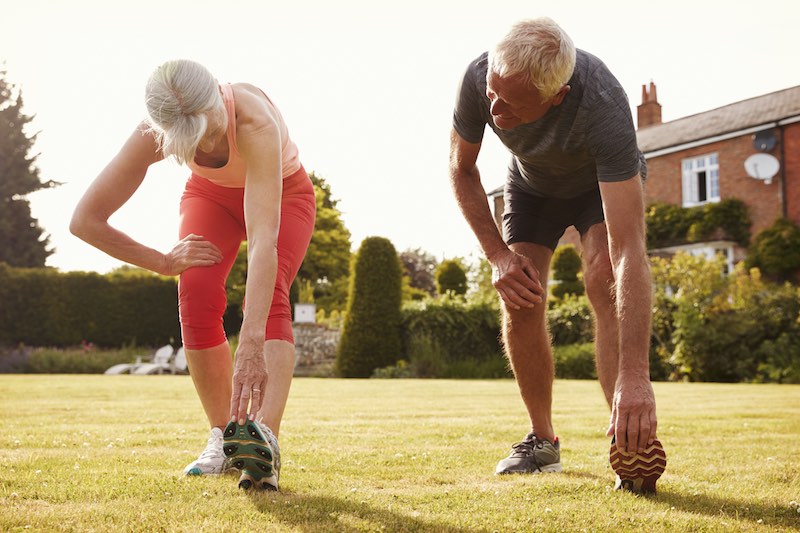 Many individuals are under the impression that there is no reason to become physically active in their later years. There is a misconception that older people don’t benefit from physical activity as much as younger individuals.

A recent study helped to shed some light on this misunderstanding. Researchers studied leisure-time physical activity levels for over 300,000 adults over a period of 46 years. The study concluded that middle-aged individuals who participate in LTPA for the first time in their lives receive nearly the same health benefits as those adults who have remained active since their younger years. More specifically, each member of the test group was able to reduce his or her risk of mortality in all causes. This reduction in risk relates to deaths caused by cancer and cardiovascular disease.

The study looked at the results of a health and diet survey conducted by AARP from 1995 to 1996. The survey was given to participants ranging in age from 50 to 71. Participants were asked to identify their levels of regular LTPA on a scale from moderate to vigorous at different points in their life. The age ranges were 15 to 18, 19 to 29, 35 to 39, and within the past 10 years. After 20 years, researchers consulted these surveys and compared them with mortality reports to see what kind of effects LTPA had on the risk of death.

The authors of the study believed that participants who received more LTPA in their younger years and maintained this exercise into their adulthood would have a lower risk of all-cause mortality. While the scientists’ hypothesis was correct, there was something surprising about the results.

As the researches had predicted, participants who maintained moderate to high levels of LTPA throughout their lifetime experienced a lower risk of death. These results were found in comparison to a control group that reported low amounts of LTPA during their life. Individuals who carried their high levels of LTPA into older age decreased their risks for all-cause mortality by 29% to 36%.

The researchers were surprised to realize that individuals who experienced low levels of LTPA earlier in their lives were able to reduce their risk of death by increasing their movement by age 30. Not only was this group’s overall risk for all-cause mortality lowered, but it was reduced in comparable percentages to the control group.

The scientists had anticipated that participants who experienced high levels of LTPA throughout their lives would have the lowest risk of all-cause mortality. They were surprised to see that many individuals who enhanced their LTPA at the age of 30 experienced similar results despite their lack of activity in their earlier years.

These results help to shed light on the current state of the healthcare system in the US. Whether individuals are receiving regular physical therapy or enjoying moderate amounts of exercise, it is clear that enhancing LTPA can help reduce all-cause mortality even in the later years of life. Doctors, scientists, physical therapy experts, and all individuals will be interested to learn about this in regards to recent changes within the healthcare system.

Read how you can take aging into your owns hands and stay committed.