How Has COVID Changed Physical Therapy? 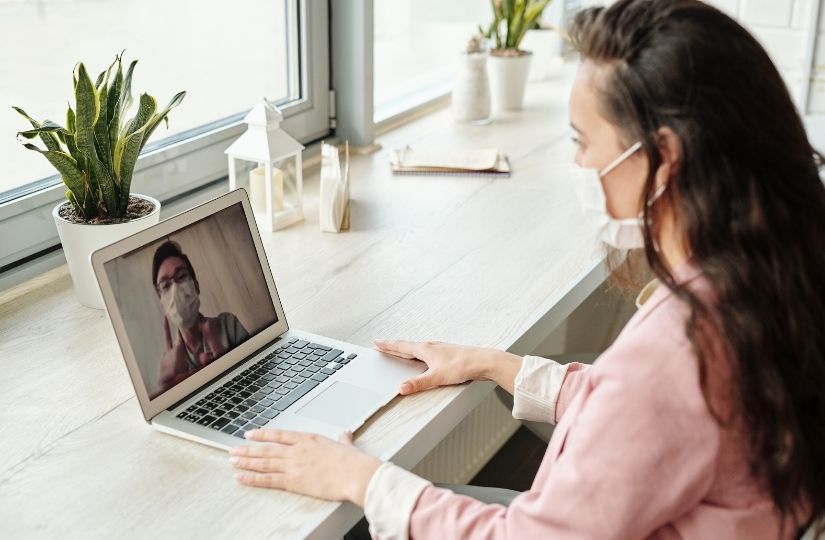 Physical therapy services have been considered necessary by federal, state, and municipal advice throughout the pandemic, despite the fact that many physical therapists have proactively halted nonessential in-person care to flatten the pandemic curve.

The results of the survey are snapshots in time. The position for PTs and PTAs is projected to continue to evolve in response to changes in COVID-19 cases and changes in state and federal regulations.

Since the COVID-19 outbreak hit the United States in March, the physical therapy profession has changed dramatically. Many people have seen, and continue to observe, decreases in their working hours and earnings. Although telehealth and other video-based consultations have grown in popularity, in-person care remains the most common and preferred treatment method. Although the epidemic is more likely to raise than decrease professional pride, many PTs and PTAs suffer significant financial challenges. It’s obvious that COVID changed physical therapy, at least temporarily.

The Physical Therapy Profession is Disrupted by COVID-19

• PTAs, in particular, saw their employment and income decrease. As a result, many people applied for unemployment benefits. Revenue losses topped 50% for 72 percent of owners at some point. By July, 34% of business owners had seen revenue drops of 50% or more, with 40% experiencing declines of between 26% and 50%.

• In July, 24% of PTs and 30% of PTAs were having trouble paying critical bills. For half of the PTs and 58 percent of PTAs, nonessential (flexible) expenditure was a challenge, with the majority of both groups expecting it to take more than three months to return to former levels of flexible spending.

Telehealth adoption and use are increasing.

• Prior to the epidemic, telemedicine in physical therapy was the exception rather than the rule. When the pandemic started affecting people’s behavior, the number of physical therapists who offered video consultations skyrocketed. By July, however, only 13 percent of PTs providing telehealth were treating more than ten patients per week, with 32 percent seeing fewer than one patient per week on average.

• By late April, PTs’ ability to get paid for telehealth services had improved dramatically, but obstacles remained: Many physical therapists are concerned about compensation, patient satisfaction, and outcomes. Patients’ and clinics’ technological issues continue to be a roadblock to wider adoption.

• The main reason for the 45 percent of PT clinic owners who said their clinic closed for in-person treatments at some point during the pandemic was to use professional judgment to avoid risk.

• Prior to the pandemic, just 30% of practices had an emergency preparation strategy in place, leaving many PTs and PTAs asking for assistance. • The CDC was the most-used source for external information, although APTA was not far behind. As the association released information on the pandemic and changing rules regarding telemedicine, the APTA’s website set traffic records.

During the pandemic, most PTs and PTAs were able to keep their jobs and compensation, but the physical therapy community endured furloughs, layoffs, and revenue losses.

Most PTs and PTAs are seeing a decrease in practice hours.

Physician referral and direct access were both on the decline in the early stages of the epidemic, but by the summer, they were showing indications of recovery. In July, 62 percent of physical therapists reported a decrease in physician referrals, compared to 88 percent in the spring. Meanwhile, in July, 39 percent of PTs reported a decrease in direct access traffic, compared to 64 percent who reported decreases in the spring.

The Struggle to Find Work Continues

According to the July poll, 7% of PTs have been laid off, 16% have been furloughed, and 2% have resigned or quit since the start of the pandemic. As of July, 55 percent had returned to their prior job, and 11 percent had found a new one, but 33 percent remained unemployed. 82 percent of individuals who lost their jobs applied for unemployment benefits.

According to the July poll, 15% of PTAs have been laid off, 26% have been furloughed, and 3% have resigned or quit their jobs. As of July, 33% had returned to their prior job, and 8% had found a new one, while 54% were still unemployed. 89 percent of individuals who lost their jobs applied for unemployment benefits.

The Norm Is Essential Care

PTs who continued to give in-person care during the pandemic reported receiving adequate PPE in 85 percent of cases. Fifty-nine percent of those who thought the provided PPE was inadequate said they were requested to reuse it, while 43 percent said they weren’t given enough, with some mentioning the lack of N95 masks or face shields.

Procedures for producing aerosols are uncommon.

Screenings of patients are fairly common.

Telehealth, perhaps more than any other aspect of health care, was severely impacted by the pandemic.

The Centers for Medicare and Medicaid Services stated on March 17 that it was loosening regulations to allow physical therapists to offer “e-visits.” CMS did not add PTs and PTAs in private practice among the providers authorized to bill for services performed through real-time, face-to-face technology until April 30 — after strong agitation by APTA and its members. Then, on May 27, CMS added outpatient facility-based providers to the list of Medicare providers who can bill for telehealth services delivered using real-time, face-to-face technology.

The number of physical therapists who offer telehealth has significantly expanded, yet most have only used it infrequently.

Pivot of PTs to Video

Half of the physical therapists polled in July were unaware which payers covered telehealth services, and 56% were unsure if telehealth services were reimbursed at the same rate as in-person care. In terms of satisfaction and outcomes, 46 percent of respondents didn’t know how their patients rated their telehealth care in comparison to in-person care, and 49 percent couldn’t compare outcomes in both settings.

Telehealth is outperformed by in-person care.

Zoom was named the most popular platform for video consults by 45 percent of PTs polled in July. Doxy.me was utilized by 27% of respondents, whereas Epic was used by 10%. More than two dozen platforms were recognized by respondents as being used to assist video-based care.

1on1 Physical Therapy in Asheville NC has Telehealth appointments available!

Thank you for visiting our blog today. If you enjoyed this post, you may also enjoy: Supplements for Immune Health