Is Running Linked to Osteoarthritis? 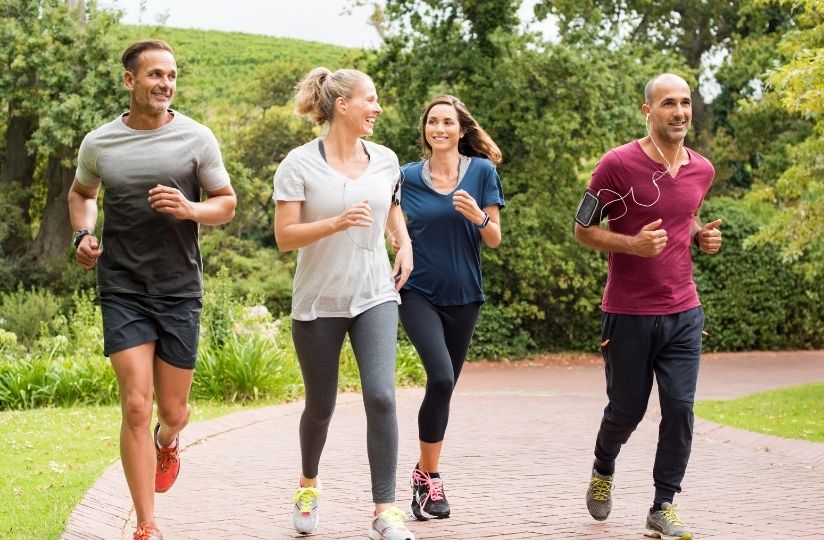 Osteoarthritis (OA), also known as degenerative joint disease, affects the cartilage in the joints. According to the CDC, it is the most common type of arthritis, affecting over 30 million adults in the United States.

Numerous causes contribute to osteoarthritis, largely caused by damage or disintegration of joint cartilage between bones.

In general, activities that put too much strain on joints, particularly the hips and knees, may contribute to the development of this type of arthritis.

This raises the question of whether one of the most popular physical activities like running, can cause OA.

Continue reading to learn interesting information about the link between running and osteoarthritis. Also, keep in mind that when it comes to knee osteoarthritis and jogging, you must be aware of the risks.

Osteoarthritis is an inflammatory condition marked by a degenerative process in the joints involved.

It is mostly caused by the physiological wear and tear process, which causes pain and restricts mobility. This is a chronic illness that can result in cartilage loss and osseous abnormalities.

Is It Possible That Running Causes “Osteoarthritis”?

Physical activity has a dose-response association with lower disease risk, according to a study published in the Journal of the American Osteopathic Association.

At a certain level exercise is good, however the effects can be counterbalanced by an increased risk of injury and osteoarthritis. As previously stated, this type of arthritis is caused mostly by strain on certain joints, overuse, and injury.

Long-distance running causes a higher incidence of arthritis in the knee and hip joints in animals with a history of injury, according to several studies.

Investigations indicated an increase in radiographic evidence of OA among endurance athletes, but the course of symptoms was not observed.

However, long-distance running does not increase the risk of osteoarthritis of the knees and hips in healthy people, according to researchers at Johns Hopkins School of Medicine.

A team of Stanford University School of Medicine researchers conducted a study to see if running affects the progression of OA.

They enlisted 45 long-distance runners and 53 non-runners, all of whom were 58 years old on average. The majority of patients had little early radiographic OA, but runners had no more prevalent OA or cases of severe disease progression than controls by the conclusion of the research.

These data suggested that severe OA may not be as common among runners as many people imagine.

When compared to non-runners, former elite runners did not have greater incidences of arthritis in their hips, knees, and ankles, according to a study published in the American Journal of Sports Medicine.

Despite the fact that some contradictory posts may appear from time to time, the medical literature does not support the claim that running causes joint cartilage deterioration and the beginning of osteoarthritis.

The main issue is that the vast majority of online posts are made by people who aren’t specialists, their work isn’t evaluated by medical professionals, and they don’t utilize a single piece of proof to back up their assertions.

Scaremongering is their only strategy.

All of these studies are helpful in demonstrating that running does not cause OA, but they do have drawbacks. A large number of them enrolled athletes and people who ran on a regular basis.

But what about “ordinary” folks who don’t run on a regular basis (or at all) but want to start?

What Did a Survey of “Common” People Say?

This study looked at 2637 adults who received medical exams that included X-rays of their knees.

The participants were asked to fill out a detailed questionnaire about their exercise routines over the course of their lives. Only 30% of those surveyed reported running on a regular basis, according to research.

In comparison to non-runners, people who ran on a regular basis were less likely to experience frequent knee discomfort, have X-ray evidence of OA in their knees, or exhibit symptoms of OA.

Furthermore, present runners weren’t the only ones who reaped the benefits of this physical exercise; even individuals who had previously reported running had reduced knee pain.

Running does not only contribute to OA, but it also has the ability to avoid it.

If you have OA or another type of arthritis, you’ve certainly heard or read that physical activity is essential and that leading a sedentary lifestyle will only exacerbate your symptoms.

Running is an excellent strategy to increase your physical activity, lose weight, and improve flexibility. It’s up to you to adjust your running to your current condition and make it both fun and easy on your joints. Here are some suggestions:

Don’t run every day; instead, alternating days of “running” with days of other forms of activities.

Follow a healthy meal plan that cuts out foods that can cause inflammation.

Improve joint mobility and stability with body-strengthening workouts to reduce wear and tear on your body.

Run at a relaxed pace; don’t overwork yourself.

Get a pair of comfortable running shoes.

Knee braces should be worn.

Before you begin running, warm-up.

Take a look at the run-walk method.

What is the relationship between running and osteoarthritis?

Running, as you can see, puts a lot of strain on the joints, causing damage to the cartilaginous tissue in particular.

Those who run regularly are at risk for a variety of injuries, which can exacerbate osteoarthritis. The emergence and progression of such medical disorders are primarily caused by a mix of excessive stress and physical traumas.

Running is commonly regarded as a component that contributes to the beginning and progression of osteoarthritis because it is caused by stress and injury to joint cartilage.

Numerous studies, on the other hand, have shown that not only is running safely, but it also protects the knees and hips. Always keep in mind the link between running and osteoarthritis, and avoid overdoing such activities.

When it comes to knee osteoarthritis and running, it’s advisable to get a checkup every now and then to ensure that your joints are in good working order. You can also take pain medication to help rebuild the cartilage in your joints.