Regular Walking Can Protect Against Sickness 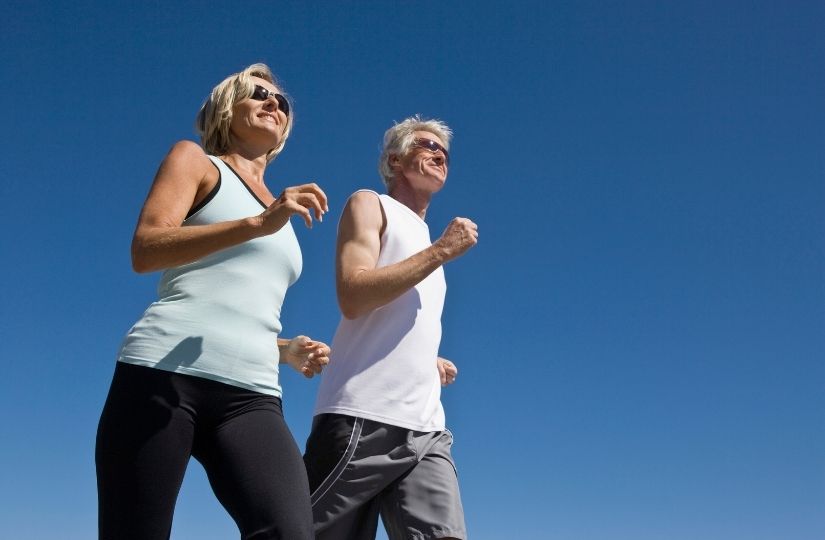 One of our body’s most extraordinary cellular networks is our immune system. As we face the COVID pandemic and endeavor to strengthen our protection against the virus through vaccinations, this mechanism has come into sharp focus. Individuals often look for strategies to strengthen their immune response in addition to minimizing exposure through social distancing. Despite claims and marketing campaigns, the essentials of sleep, eating, and exercise may be the greatest ways to boost our immunity.

Fit people have been found to have fewer infections and illnesses, as well as higher resting levels of immune cells and stronger responses to germs and viruses, according to research. We’ve lately learned about the health effects of exercise on immunity. Although the scientists discovered a transitory drop in immunity after strenuous exercise sessions, these individuals grow more protected as they become more trained. Moderate exercise, on the other hand, has been linked to a better immunological response. A previous study found that low to moderate exercise reduces the risk of infection.

Chubak and colleagues released the findings of a randomized controlled experiment on walking and infection risk in the future (Am J Med. 2006). Over 100 overweight and obese ladies were recruited and randomly assigned to one of two groups. The first group did 45 minutes of stretching once a week, whereas the second group did 45 minutes of moderate activity five times a week. These groupings were kept for a year while the researchers tracked the number of colds that these ladies got. The authors found that exercisers had a lower risk of colds, while the stretching group had a three-fold higher risk of sickness.

COVID 19, also known as the coronavirus, has brought illness, cleanliness, and immunity to the forefront of our minds around the world. Immunosenescence is a word coined by scientists to describe the deterioration of our immune function as we grow older. These alterations limit our ability to combat present infections as well as to adapt to and adapt to future illnesses. Experts believe that these age-related alterations play a role in disorders like diabetes, heart disease, and Alzheimer’s disease. This is one of the reasons why people of a certain age are at a higher risk of contracting the COVID 19 virus. Importantly, the immune system, like most of our body’s systems, is malleable and has been found to change function in response to a variety of stimuli. Exercise has been found to not only correlate with greater immune system function (more active people have a higher immunological function) but also to improve immune function in and of itself.

The majority of research has focused on the immunological response to aerobic and resistance exercise in both healthy and immunosuppressed individuals (such as HIV/AIDS patients). Repeated bouts of exercise have been demonstrated to increase immune system function, decrease the consequences of immunosenescence, and lower inflammatory markers in the body, according to multiple authors. Authors have begun to describe exercise as a sort of “immunotherapy” as our understanding of exercise’s impact on the immune system advances (Sellami et al. Front Immunol. 2018). Some of the positive effects of exercise on immune function have been connected to better immune system cellular strength and response to infections (monocytes, macrophages, lymphocytes, neutrophils, T cells, and B cells).

Walking, cycling, running, and endurance competition training were all used in the study studies. In summary, exercise does not have to be vigorous, but moderate intensity, longer duration exercise conducted 3-5 times per week is adequate for a reaction, depending on the individual. Individuals should strive to achieve national exercise dose standards. In a world where the virus is causing so much uncertainty, we should concentrate on what we can control to increase our immunity, such as social isolation, hygiene, sleep, food, and exercise.

Cognitive Health is Improved by Exercise

According to a previous study, older persons who stay active can prevent the physiological impacts of aging, such as body fat gain, muscle loss, and muscle weakening. The immune system, like other systems in our bodies, deteriorates as we age. Immunosenescence, or the aging-related loss in immune system function, is a well-known phenomenon, with a decline of 2-3 percent every year beginning in our 20s. The effects of aerobic exercise on immune system function in older persons have been highlighted in a new study.

If you enjoyed this article, you may also like: Treating Cognitive Decline with Physical Therapy