A Sprained Ankle Can Last a Lifetime 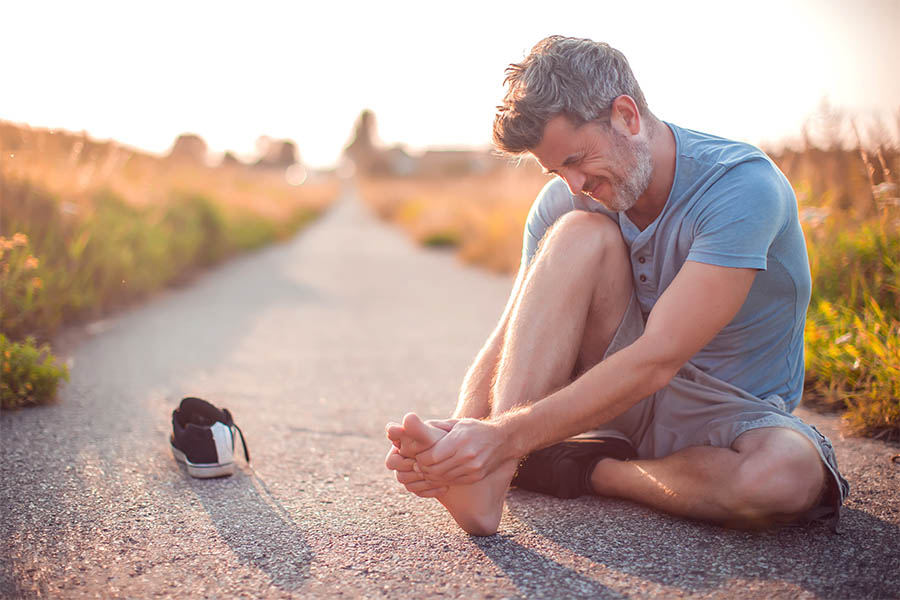 Why Sprained Ankles Should Be Taken Seriously

A sprained ankle is not an uncommon injury, with tens of thousands of Americans spraining an ankle ever year. Ankle sprains are usually shrugged off by most people, who return to normal activity considering the injury to be inconsequential. The reality of could be different however, as a number of new studies (in both people and animals) suggest that the effects of a sprain could end up being more lingering and substantial than we thought. The effects could potentially alter how often and how well a person moves, for life.

The ankle can be surprisingly vulnerable and fragile. It takes only an awkward step of a curb, or sliding off high heels, or plating the foot wrong while running and the ligaments around the join can overstretch or tear, and the result is a sprained ankle. Few people really worried about the injury until recently, with the assumption in most cases being that the sprain will simply heal itself within a week or two, regardless of medical attention.

However, 3 new studied co-authored by Dr. Tricia Hubbard-Turner question whether or not ankle sprains are as benign as we though. 20 college students were recruited who had chronic ankle instability, and 20 healthy students, and both groups were asked to wear pedometer for the duration of one week. (Note: Chronic ankle instability is a condition which is caused by ankle sprains, where ankles give way during movement). The researchers also controlled for variable such as general health, sex, and B.M.I. The result of that study was that students who suffered from chronic ankle instability moved less than the healthy group of students, taking approximately 2,000 fewer steps each day on average.

That result echoed an earlier study where Dr. Hubbard-Turner was involved, which featured young adult mice. For the study, researchers mildly sprained some of the ankles of the mice via surgically snipping a ligament on the outside of the joint. Additionally, the researchers also severely sprained the joints of other animals by snipping two ankle ligaments, and at the same time performing sham surgery on other animals in order to serve as the control group.

After this, the ligaments were left to heal for a few days before giving all the animals involved access to running wheels and testing their balance by inking their feet and having the animals skitter along a narrow beam. The researchers were able to track slips by noting where the footprints slipped off the beam. The mice were followed for a year, and the results were that the mice which underwent sham surgery (meaning that their ligaments were untouched) were able to run more mileage on their wheels compared to the mice that had sprained ankles – and especially compared to those which had sever sprains – despite the supposition that the injury had healed a while back.

The animals that had past sprains were slipping during balance testing more than the control mice. The researches concluded that as a result of a single past sprain approximately 70% of the mice from the sprain groups ended up developing what is the rodent equivalent of the chronic ankle instability condition.

A third study was conducted, were the researchers continued to test and follow the same groups of mice until they died from old age, typically within 12 more months. What was found is that the repercussions from a single ankle sprain had lingered throughout their whole lives. The mice with mild sprains in young adulthood usually ran less and slower through their lives compared to those that underwent sham surgery. And of course, those with sever ankle sprains ran eve less miles and at even slower speeds.

Despite the fact that the results came from studying mice, what one should take away from this is that it is possible that ankle sprains can have serious implications and that we should treat sore ankles seriously. Once you twist or hurt your ankle, you should consult a physical therapist. Additionally, if you sprained an ankle at one point in the past, despite the fact that the injury seems to have healed completely, try undergoing a balance test in order for your physical therapist to figure out if there are any lingering effects.