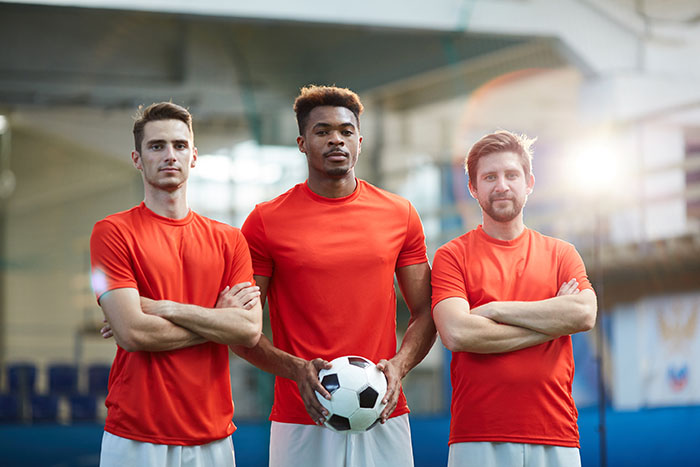 Past research has been studied by a panel of experts regarding concussion risks for youths playing contact sports. This includes most sports such as soccer and football. There is no evidence suggesting the age kids should start participating in sports linked to potential brain injuries. The study showed no evidence current headgear decreases the concussion risk. The report of thirteen researchers was published in the JAMA Pediatrics journal. Medical literature was studied regarding the long term effects of concussions in youths. This enabled the researchers to establish guidelines.

The researchers used a scale with a minimum recommendation of seven using nine points. The study was based on evidence as opposed to expert opinion. The sports with the highest concussion rates were collision sports including hockey and football. The rates of concussions reported were lower for adolescent males than females for sports including basketball and soccer. The risk in relation to age and sex are not clear for contact sports. The recommended age for playing hockey according to the researchers is a minimum of thirteen.

The Risk of Concussion

According to a sports safety researcher and advocate with the Concussion Legacy Institute, 95 percent of what the researchers included in their paper was correct. He questioned why no recommendations were made regarding the minimum age for tackling in football or heading in soccer. His recommendation is kids should avoid these activities until they are fourteen. Concussions in youth sports are not as common in flag football as opposed to tackle football. The research was completed prior to a study suggesting every year a kid plays football, their risk of a brain disease called chronic traumatic encephalopathy increases thirty percent.

The number of repetitive head impacts during the player’s career must be considered. This includes pro football, college, high school and youth football. The general consensus is kids should not start playing football when they are young because all four of these components can be dangerous. More information is necessary to answer questions regarding safety in sports. This includes the best ages for both tackle football and heading. These types of recommendations need to be made using science as opposed to opinion or hearsay.

The Issues Identified for Study

Several issues were identified by the study showing additional research is necessary. This includes the long term effects of concussions related to sports, depression, ADHD and anxiety. The recommendation of the researchers was the development of data capable of showing the precise development stage or age where contact sports should be introduced. The best techniques for each sport need to be better understood. The evidence found for safer training techniques, changing the rules or improving conditioning to decrease the risks was limited. Limiting collision and contact for football practice was recommended. A good option is receiving physical therapy at 1 on 1 Physical Therapy as opposed to surgery or for assistance after surgery.

The Organizations Funding the Study

These organizations included US Lacrosse, the American College of Sports Medicine, USA Football and USA Rugby. During a conference, the researchers acknowledged the funding offered by these groups. They stated their only involvement was providing the funding necessary to complete the research. The researchers were disappointed by the lack of evidence in certain areas. More research is required to accumulate additional evidence. A good example is there was no research reviewed by peers regarding the outcome for youth exercise and activity should the options for contact sports be eliminated. There is no doubt kids need physical activity. Care needs to be taken to ensure physical activity is not discouraged.