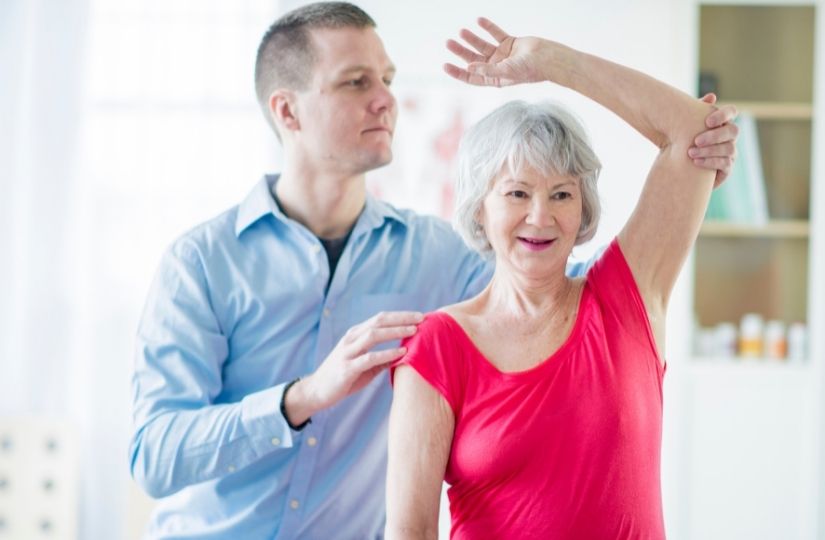 Long before the first memory lapses or behavioral abnormalities, cognitive decline can be expected. According to neurological research, motor alterations, including a slower gait and other gait irregularities, are among the first symptoms of impending cognitive impairment.

While physical therapy and exercise were relatively unknown a decade ago, a rising body of research suggests that medical practitioners may be able to help patients delay or lessen dementia symptoms by prescribing them.

“Physical therapy is frequently recommended by our neurologists for individuals with cognitive impairment,” she explains. “The goal is to improve patients’ strength and balance, hopefully improving gait and preventing falls, but also to educate patients on the value of physical activity as a neuroprotector against further cognitive decline,” says the study.

Most of his patients with memory problems are referred to physical therapy. Patients with any movement problem, as well as those who do not exercise regularly on their own, are immediately referred to him. Patients with dementia are at a substantially increased risk of falling, due in part to impaired gait patterns, imbalance, and other cognitive deficiencies, such as concentration problems.

Whether or whether there are gait disturbances, any patient with cognitive loss can benefit from physical therapy, according to Dr. Léger, for both physical and cognitive strengthening. While the link between brain health and exercise isn’t completely evident, he believes it makes sense.

“Even though your brain weighs only about 3 pounds – a modest percentage of your entire body weight – it receives 15% of your blood flow. “Getting your blood moving is good for your brain,” adds Dr. Léger, especially if it’s circulating exercise-induced trophic elements. “Not only that but moving muscles necessitates mental effort.” It’s only natural that working out your body also works out your mind.”

The FINGER research, a large randomized controlled experiment in Finland, has also revealed a link. It was discovered in 2015 that healthy lifestyle habits, such as exercise, helped those aged 60 to 77 avoid cognitive decline later in life.

“The brain is protected by the same elements that safeguard overall health,” explains Dr. Léger. “Instead of only prescribing medication for a patient, I also encourage them to engage in physical activity, eat a good diet, participate in brain-stimulating activities, engage in social activities, and use other tools to help them improve their future.”

“People with dementia can learn and enhance their function,” says one expert.

Nash and other therapists at the neurorehabilitation clinic work with cognitively impaired individuals who have delayed or irregular gait patterns, as well as those who don’t.

Virtual reality treadmills may simulate real-world navigation scenarios and add cognitive tasks, are among the tools and techniques available. The patient’s goals and present capacity are taken into account when designing therapy. Therapy sessions every week can last up to eight weeks during an episode of care. Patient follow-up determines whether or not episodes repeat.

In less than four weeks, an 89-year-old patient with cognitive impairment reduced her Timed Up & Go (TUG) from 44 seconds to 18 seconds, according to Mary S. Morrison, PT, DScPT, MHS, GCS, a clinical expert in Cleveland Clinic’s neurorehabilitation clinic in Avon Lake, Ohio. TUG is a standard mobility test that involves a patient rising from a chair, walking 10 feet, and then returning to the chair and sitting down.

“Instead of taking small, shuffling steps, we’ve been concentrating on ‘stepping big,” adds Morrison. “She’ll leave the facility with longer strides than she had when she came in, but we want to help her keep this skill at home to lessen her chance of falling.” These are things that people with dementia can learn.”

Physical therapy, she claims, helps patients with cognitive disorders maintain function for more extended periods and at a higher level, which enhances their quality of life.

Finding Evidence of Exercise’s Positive Effects on the Brain

Cleveland Clinic researcher Stephen M. Rao, Ph.D., leads the IMMUNE-AD (Immunological Mechanisms Underlying Neuroprotection from Exercise in Alzheimer’s Disease) initiative to better understand the link between exercise and cognitive health. The initiative, funded by the National Institute on Aging, will look at how physical activity can counteract the harmful inflammatory effects of the APOE4 allele (APOE4), a genetic risk factor for late-onset Alzheimer’s disease.

The Lou Ruvo Center for Brain Health’s physical therapists plans to produce their own evidence.

“We’re currently evaluating research data from 2016 and 2017 to quantify the impacts of a six-week physiotherapy on cognition, walking endurance, physical activity, and quality of life in handicapped patients,” Nash explains.

“A high percent of my patients thank me for requiring them to attend physical therapy,” he says. “They feel it has a positive impact on their physical and mental health, and their families agree.” Their mood is improved by having a sense of purpose – to get up every day and finish an exercise plan. Physical therapy can help practically any patient with neurodegenerative illness at any stage.”

Thank you for taking a moment to read this post today! You might also enjoy: 5 Ways To Manage Your Stress